Liens Can Wreak Havoc on Funding 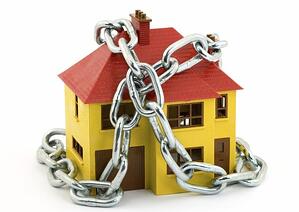 If you haven’t built a building in the last couple of years, you may be surprised when your banker tells you that they want to hire a Title Company to handle all of your payments to not only the General Contractor, but also directly to the General Contractor’s second tier Sub-Contractors.  On top of that, that they expect you, the owner, to guarantee to the Bank and the Title Company that the project will be lien-free during construction.

These types of requests are common place in today’s world when an owner finances the construction of a building.  Banks are protecting themselves due to the unprecedented amount of General Contractors, Subcontractors and their Subcontractors that are having trouble meeting their obligations to complete construction projects.  Owners, Banks, and Title Companies have been hit more than ever with liens from subcontractors, labor, material, and equipment suppliers during and well after projects are completed because too many subs and contractors aren’t paying their bills.  These types of problems have always existed in the Construction industry, but in this economy the problems are far worse than ever before.

Why should you care?  The lien laws protect people that supply the resources to build a building.  If one of those suppliers doesn’t get paid or is in dispute and doesn’t get paid what they think they should, that supplier can file a lien on the owner’s property.  As a result, the owner now has a clouded title, which can put financing in jeopardy and cause an Owner to pay twice to satisfy the lien.  It normally can take weeks or months to sort through these types of issues and that time can impact your project and your business.

Here is an example of a typical situation:

Mike, your general contractor hires Joe’s Drywall to supply, hang, and finish the drywall for your new office.  Mike requires Joe’s to furnish him with a list of his suppliers for your project, so that when Joe supplies a sworn statement (a legal document that lists suppliers and contractors and a summary of their contract amounts, amounts paid and amounts owed) with his monthly bill, Mike can see that Joe is paying his suppliers with the money that you’ve paid Mike and in turn Mike is paying Joe.  During the project, Joe’s credit with his listed supplier is tapped out due to other projects and he has to use a new supplier to finish the project.  This new supplier is not noticed and does not make it onto the sworn statement so Mike isn’t aware of the new supplier.  The project gets finished and closed out and 60 days later the Bank/Title Company calls to let you know that there is a lien on the property and they are unable to convert your construction loan to your permanent mortgage which is, of course, at a higher rate than your permanent mortgage.  As it turns out, the new supplier was not paid by Joe for $10,000 of material and now the new supplier wants his money and you are held back from converting your loan.

Of course, there are processes to cure these problems and hopefully Mike will do the right thing, but even if he does you will still be left to deal with the loss of time, money, and frustration until the lien is released.

If you want to know how a process driven company can prevent this from happening, contact me at brian@wolgast.com or (989) 790-9120.